November 27, 2015
Hello there! It's been a long time. I'd love to get back to posting more regularly, but I'm absorbed with many other creative pursuits (and other obligations) right now. I think I originally drafted this post two years ago but didn't manage to get pictures and get it ready during the holidays that year or last year. So at long last, here it is:

I've been cutting paper snowflakes for about as long as I can remember. I remember when I was about six, and I was so disappointed that mine didn't come out as pretty as the ones my dad made. So he taught me a few tricks. Every Thanksgiving weekend, we all grab a ream of paper, some wastebaskets and scissors and go to town cutting snowflakes to decorate with. 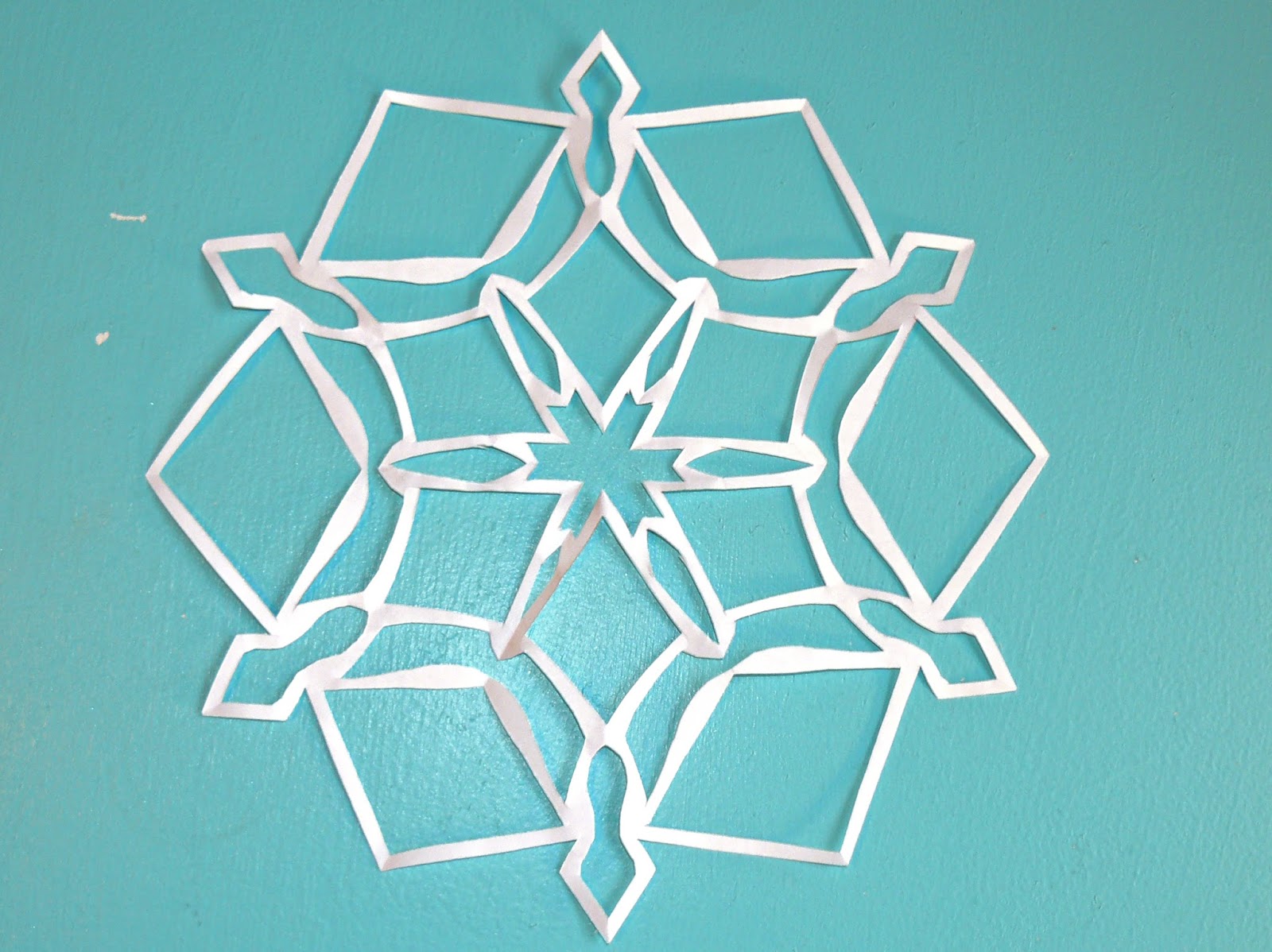 One of the biggest factors in how a snowflake turns out is the way it's folded. Many people use a four-pointed fold, which leaves you with a squareish result, like this:


I prefer a six-point, so it's rounder and more star-like.

For either method, start by folding one corner in.


For a six-point, you'll have to fold it in thirds, which is slightly tricky. It usually takes a little bit of adjustment. 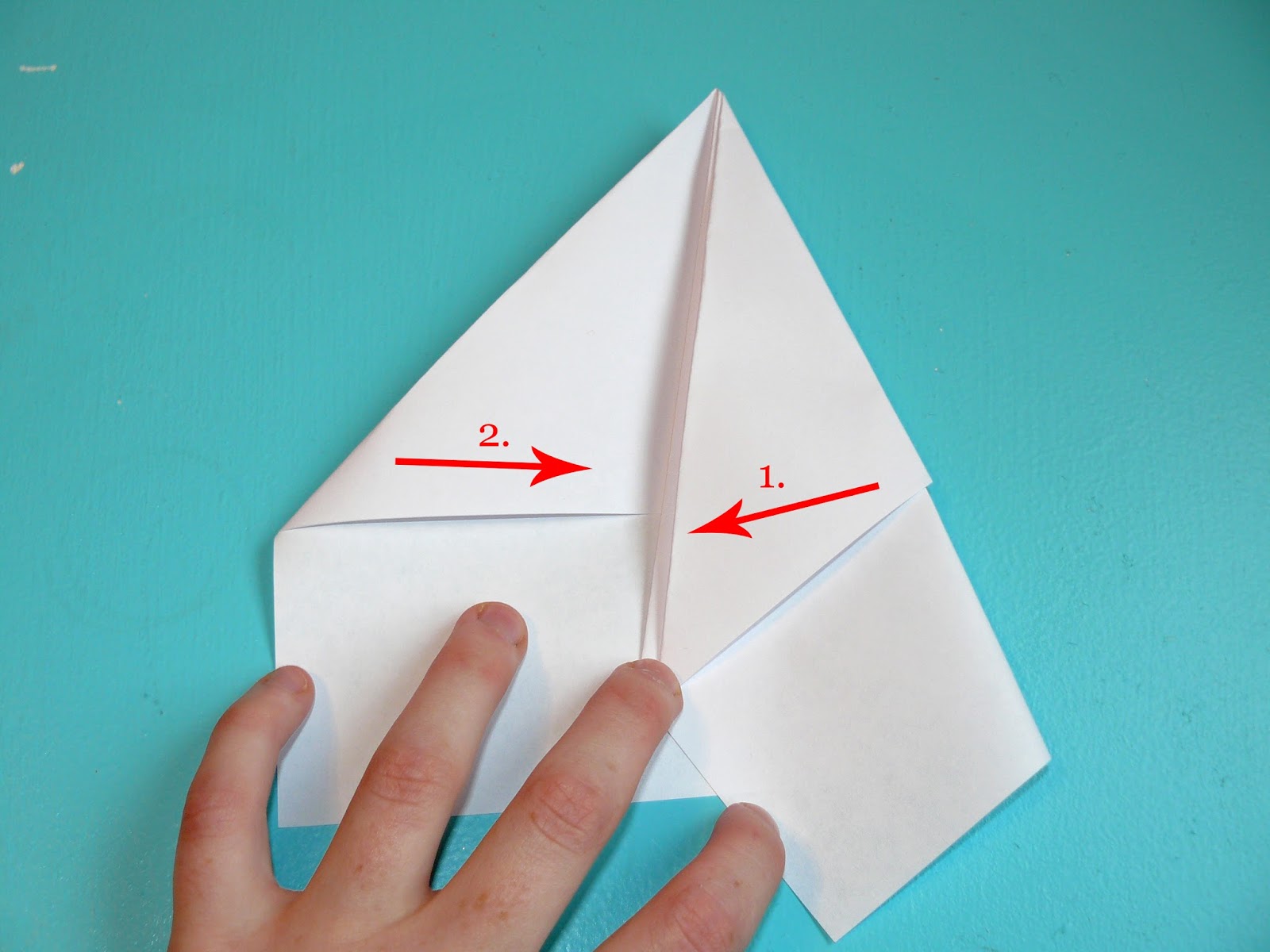 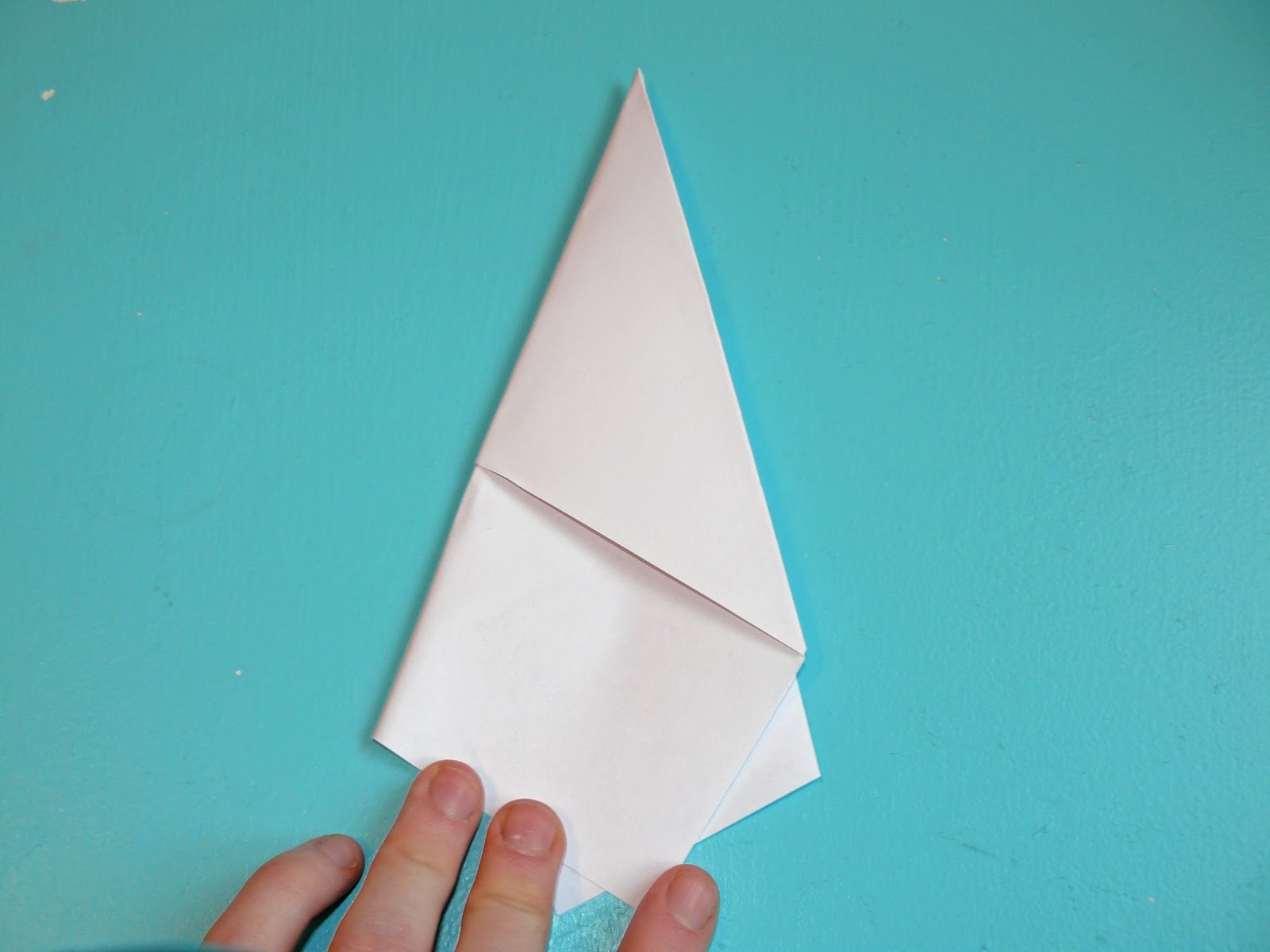 Now for the fun part: cut out whatever you want! There's only one rule: don't cut all the way across. (Your snowflake will fall apart if you do.) 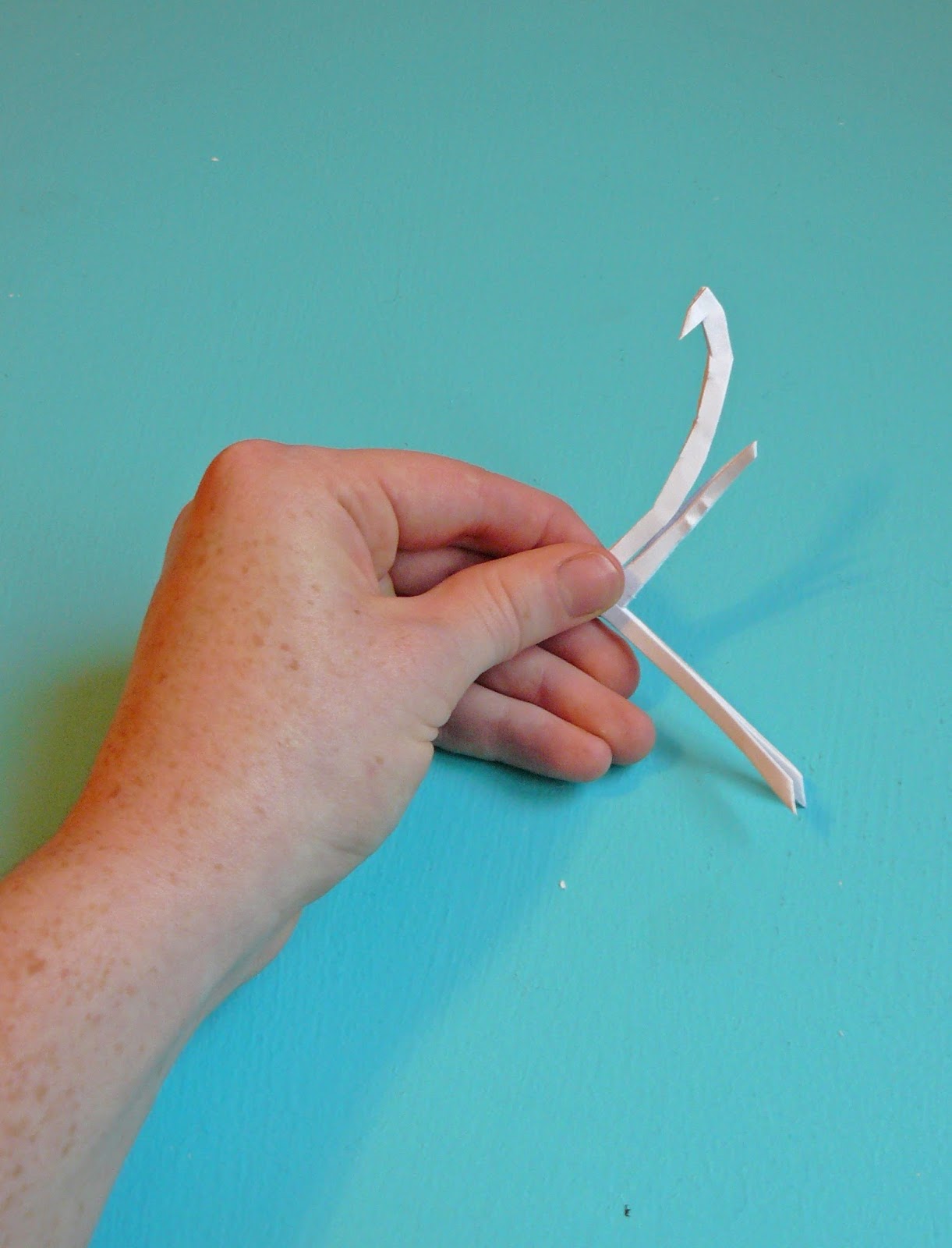 For the kind of snowflakes I like, the important thing is to cut away as much paper as possible. The more you take, the more delicate it will be, and in my opinion, the better it will look. The other thing to keep in mind is simplicity. Don't over complicate it and and cut out 27 different shapes in one snowflake. Some of my favorites only had about six cutouts. Keep in mind that every shape you cut is only half of the shape it will end up as. If you cut a triangle, it will end up looking more like a diamond. Be careful when you cut the center, if you make it too big, the snowflake will be too floppy to hang up.

The most important part is to get creative and have fun! Remember, no two snowflakes are alike! 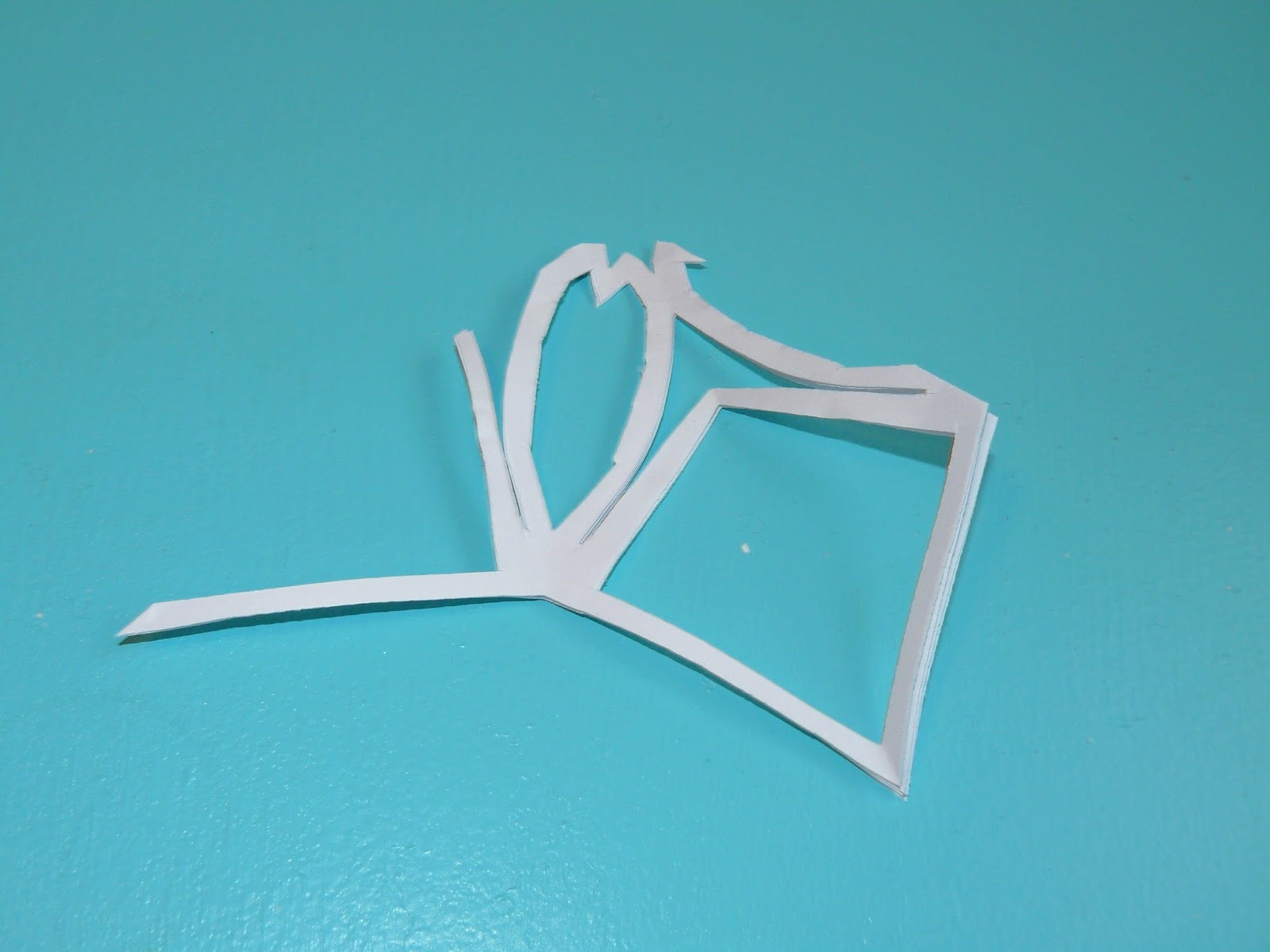 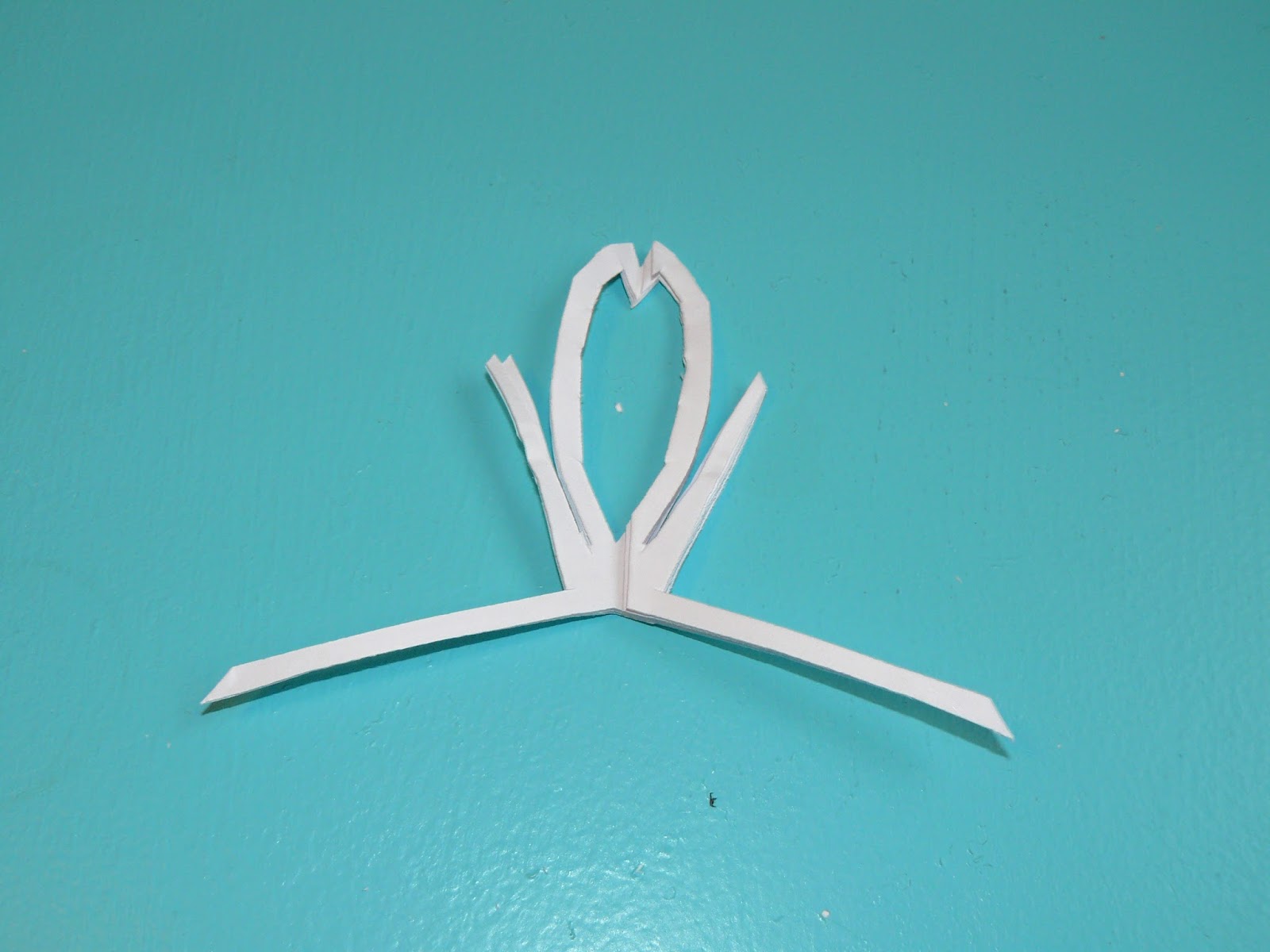 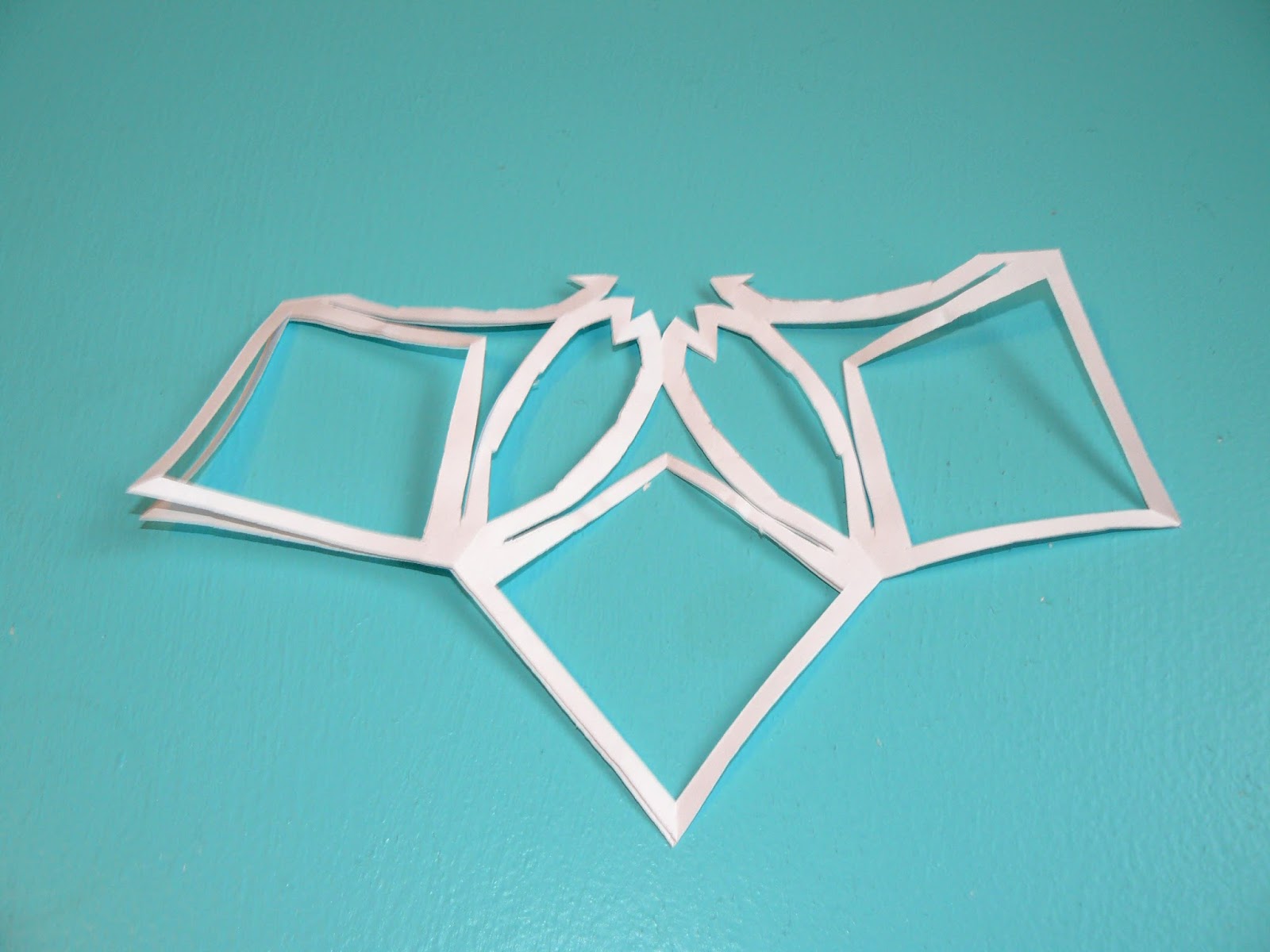 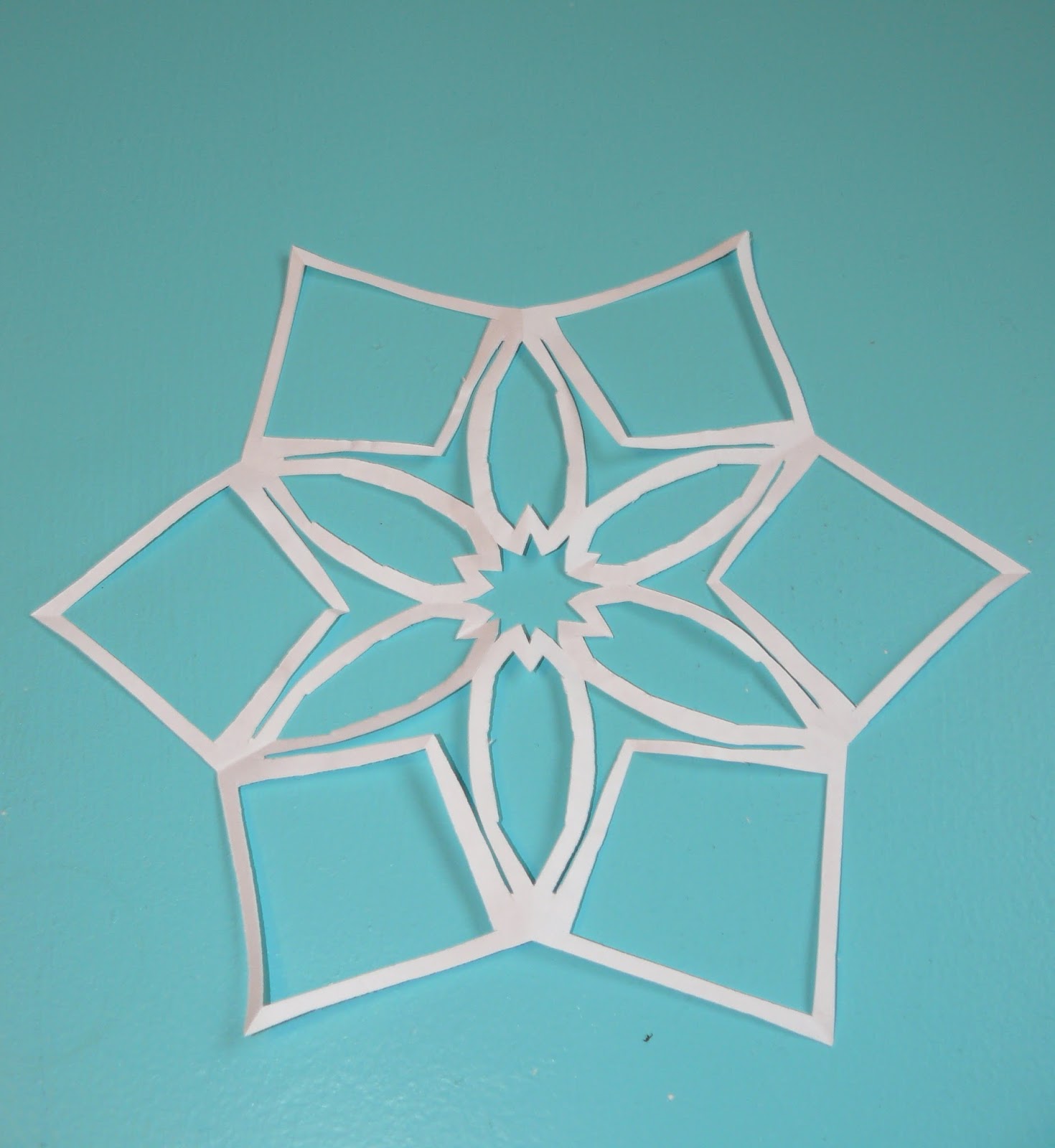 Unfolding and seeing the finished project is one of the funnest parts!


When you're done cutting snowflakes, there are lots of fun things to do with them!

How to turn a room into a Winter Wonderland:

You will need clear or masking tape, and fishing line or clear thread. 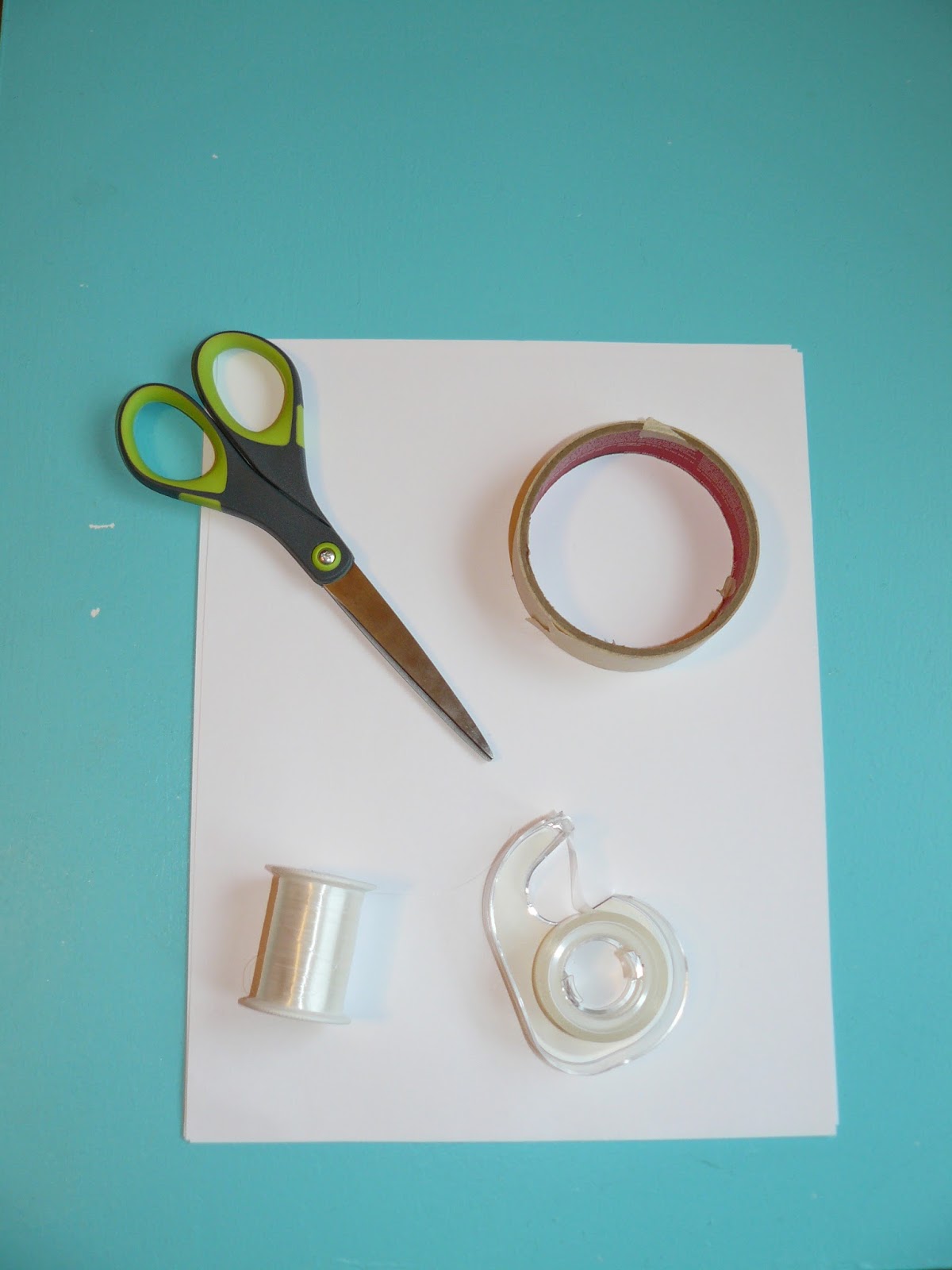 You can either tape the clear thread to the snowflakes, or tie it on. Both methods are a little bit fiddly.
(It's nearly impossible to photograph clear thread, so I demonstrated with yarn.)

I try to use a variety of string lengths, but don't make any too long or you'll end up hitting your head on them! Next, tape the other end of the string to the ceiling. 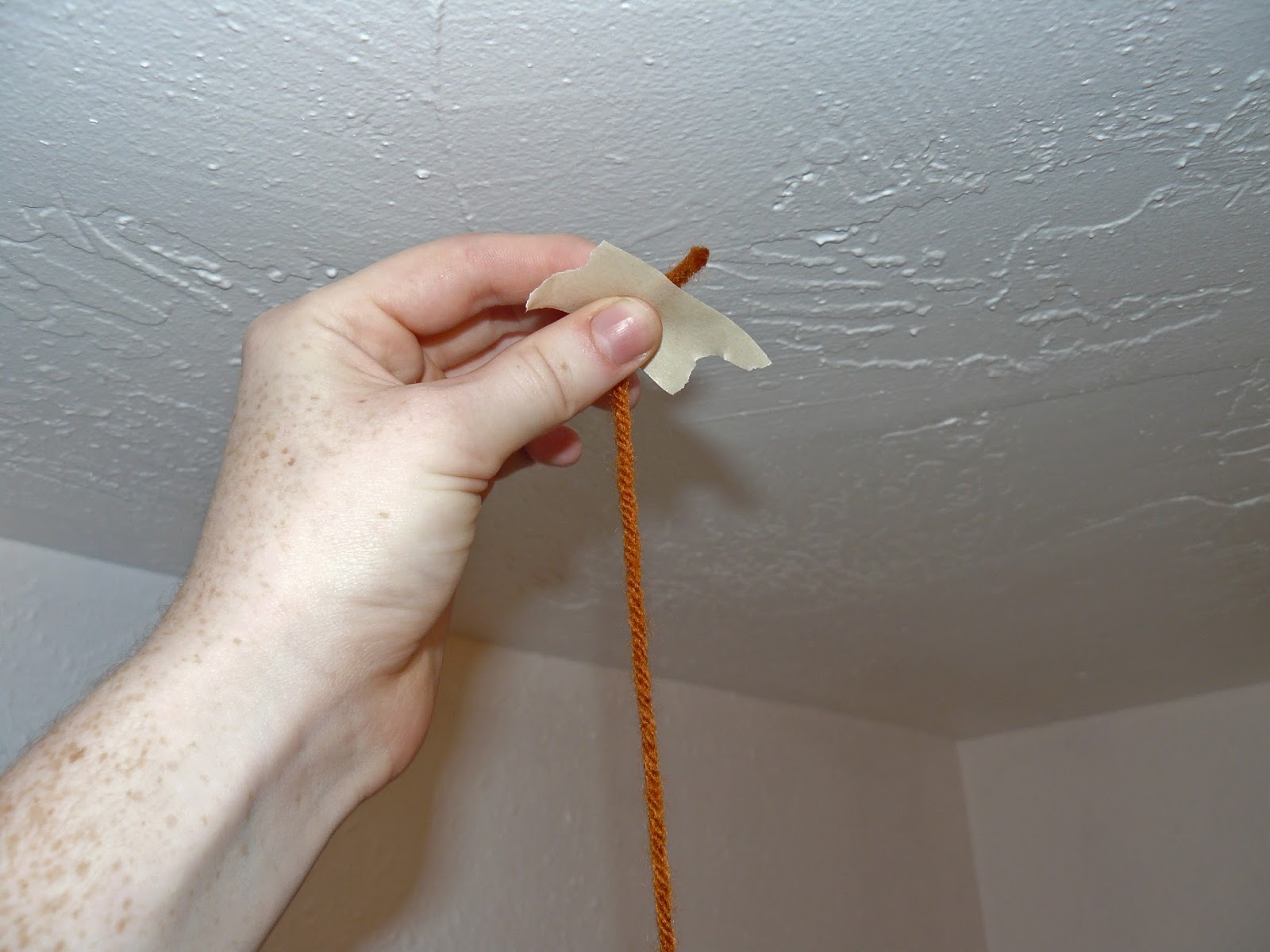 I try to evenly distribute the snowflakes and use a variety of sizes. Depending on the color of your ceiling, Clear tape will probably look better, but masking tape is easier to pull off later on. (Don't use cheap masking tape though; it won't stick and you'll have snowflakes falling down every few days.) 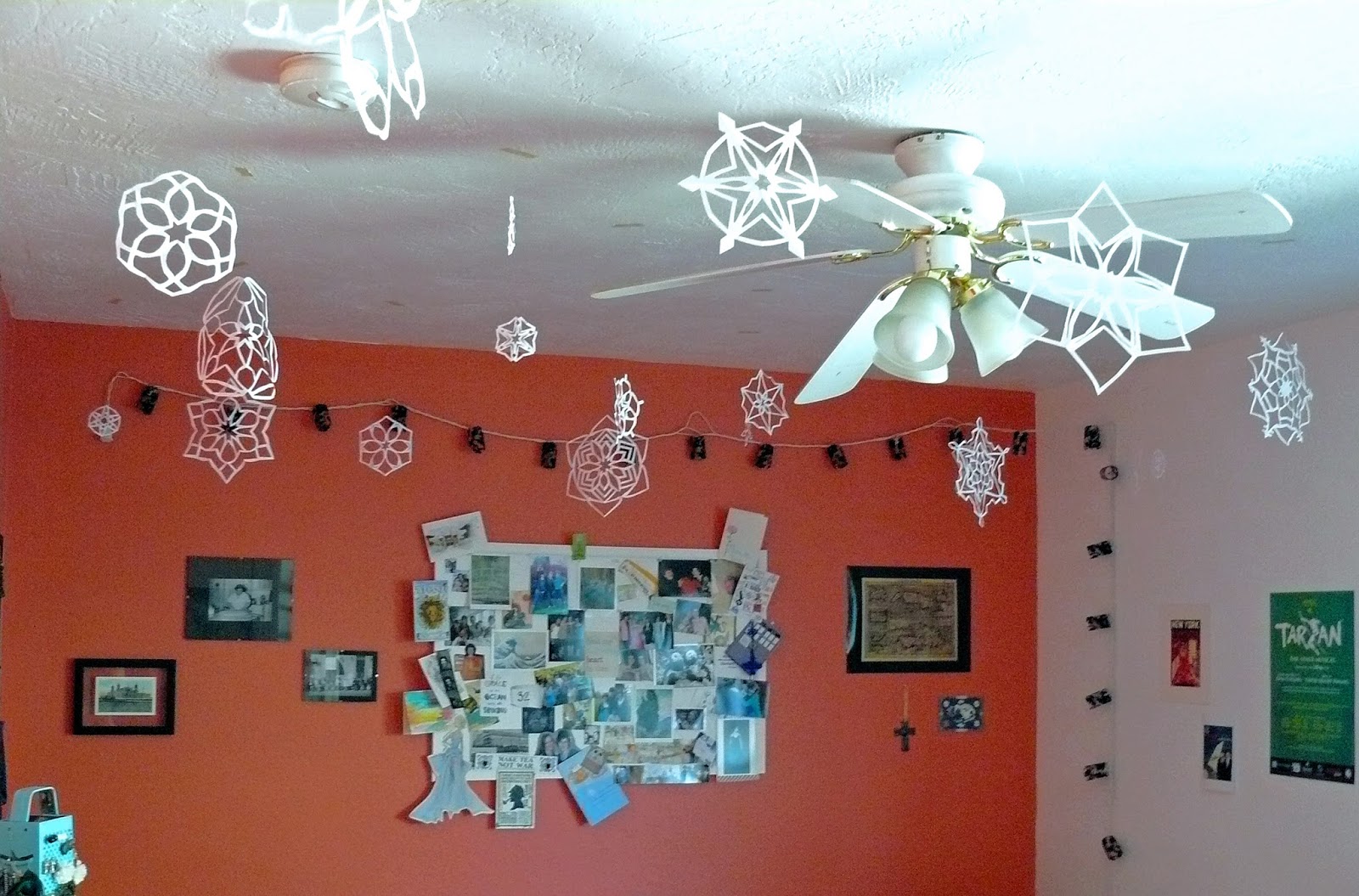 I love the way they look in a window! 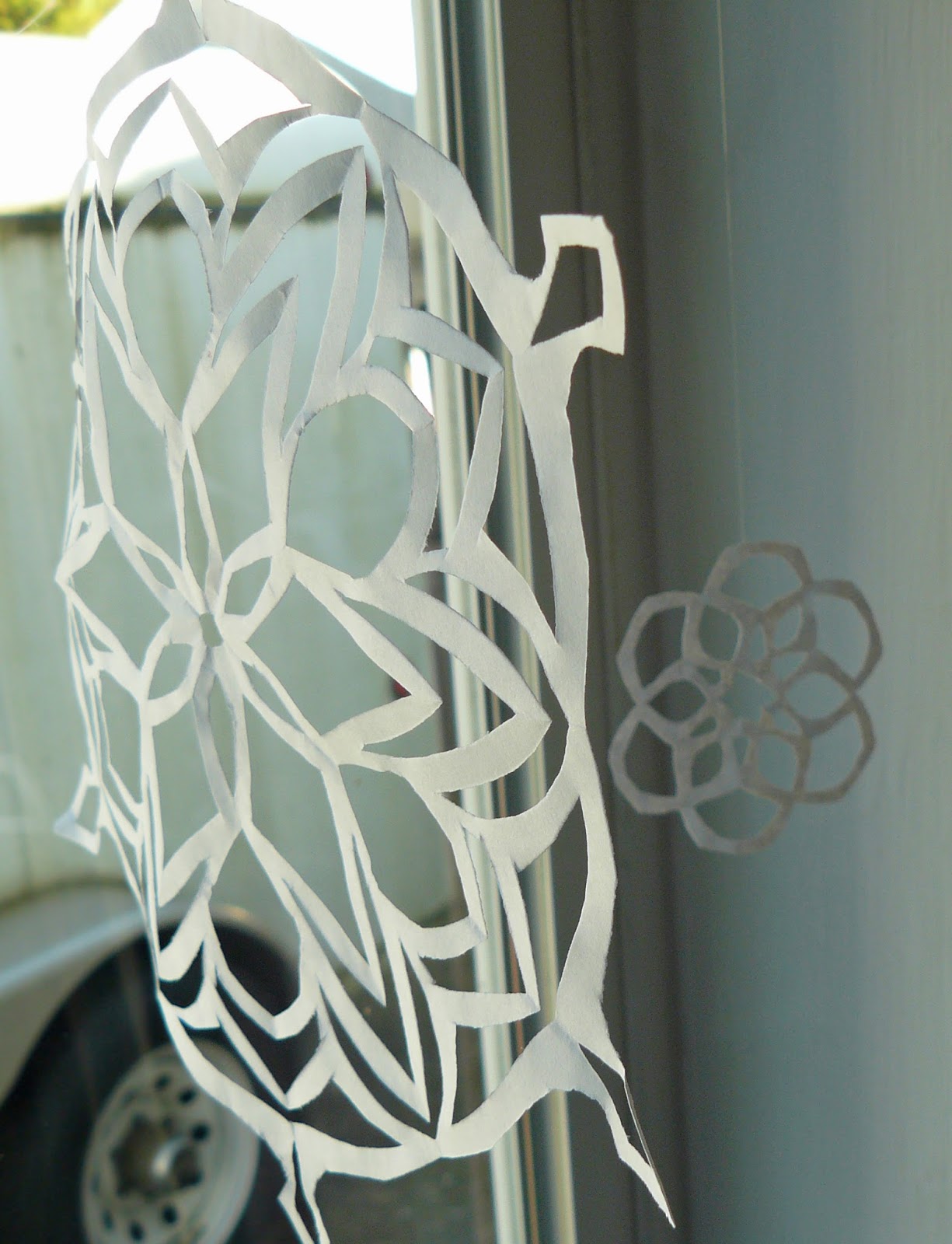 You can also string several of them together to make a garland.

A few other fun snowflake ideas:


Here are a few other fun templates and snowflake projects I've come across: