September 17, 2013
Well, fall baking season is definitely here. As soon as the weather drops below 70, I start craving warm, carb-y foods. I kicked off the season last week, by making some really yummy soft pretzels from this recipe for my book club. Yesterday we were making chicken pot pie, and ended up with an extra crust, so I decided to use it to make some adorable little apple pies. 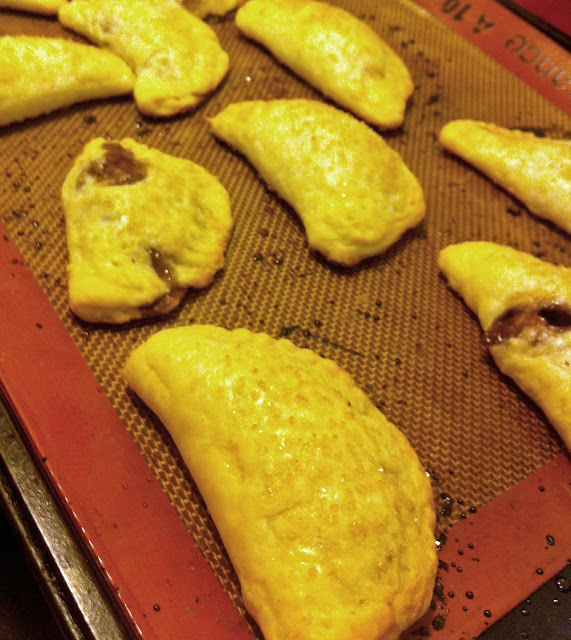 1 pie crust (You could use store bought or make your own. My sister made this one from the Smitten Kitchen recipe. It’s the best!)
Milk
Raw sugar
Vanilla ice cream (optional serving suggestion)

Directions:
Preheat the oven to 400°F.

Melt the butter in a medium saucepan. Peel the apples and dice them into small pieces. Add them to the melted butter and sauté over medium heat. Add the brown sugar, salt and spices and cook until the sugar is melted and the apples are fairly soft. (They will soften up a little bit more in the oven.) I pretty much eyeballed the sugar and spices, so adjust it if you want different sweetness or spiciness.

Let the filling cool for a few minutes while you work on the crust. Roll the crust out on a floured surface until it’s about ¼” thick and use a cup or round cookie cutter to cut it into circles about 3” in diameter. (Keep re-rolling the scraps and cutting out more until you can’t anymore, then just squish the final scraps into another circle. If there's not enough for a circle, just throw those scraps on the pan with some cinnamon sugar on top!) 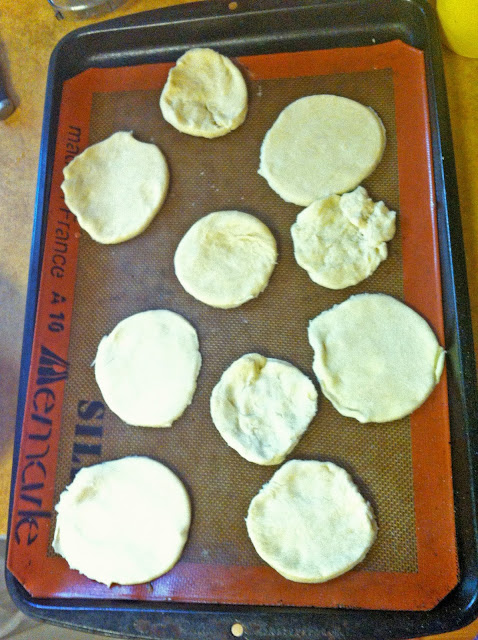 Lay the circles of crust out on a Silpat or a cookie sheet lined with parchment paper. Scoop about 2 teaspoons of apple filling onto each one. (Don’t overfill them or they’ll leak.) Fold the circles in half and seal the edges with a fork. Next you can choose to brush the tops with either egg wash or milk. (I actually used half and half this time because we were out of milk and I didn't feel like beating up an egg, and it worked just fine.) Finally, sprinkle some raw sugar on each one.

Bake at 400° until golden brown, about 15 minutes. They’re best eaten while they’re still warm, with a scoop of vanilla ice cream on the side! 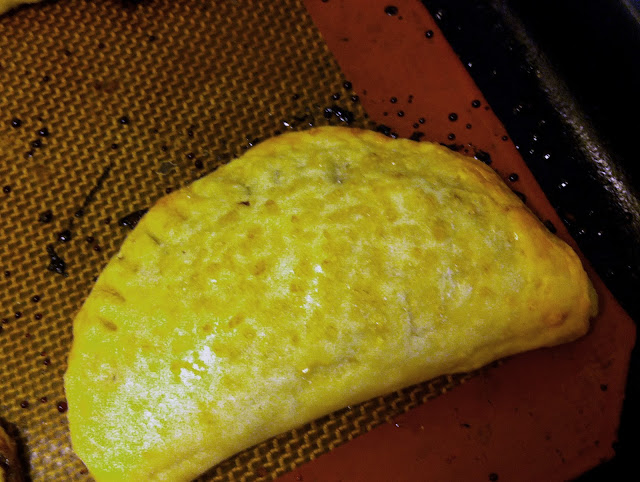