November 04, 2011
I recently overhauled my closet and found several sweaters and sweater dresses that are either pilled, stretched out, or I'm simply tired of them. I've been needing more shorts for dance, but they're pretty expensive to buy. So I decided to upcycle the sweaters and make some legwarmers and shorts out of them.

This first project I whipped up on the afternoon of Halloween, because I needed a costume to wear to ballet class. I used a green sweater dress and went as Poison Ivy. I should mention that I hate sewing, and our sewing machine hates me. Seriously, it's fine when my mom uses it, but I can hardly sew 10 stitches before the thread comes out, gets tangled, or has some other unfortunate mishap. All that to say, it usually takes me a lot longer than I anticipate to sew anything, so starting this project 2 hours before my class was slightly insane. 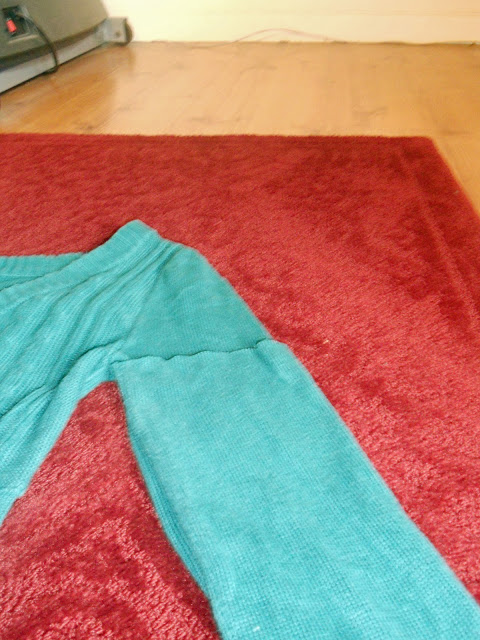 The legwarmers are incredibly simple: cut the sleeves off at the armpit, fold the top under about half an inch, and sew around to make a hem. Put elastic inside if they don't stay up well enough. I wasn't convinced that the sleeves would fit around my legs, but they were actually perfect. 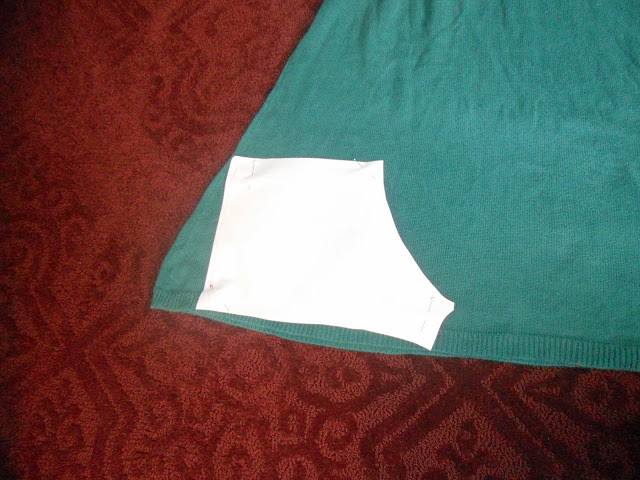 The shorts were a little more complicated. I started with a pair of dance shorts I already had, and traced out a front and a back piece. I put the pieces right on the bottom of the dress, so I could use the finished edge and not have to hem them. Cut two of each piece as shown. Make sure you cut about a quarter of an inch outside your pattern so you have seam allowances! 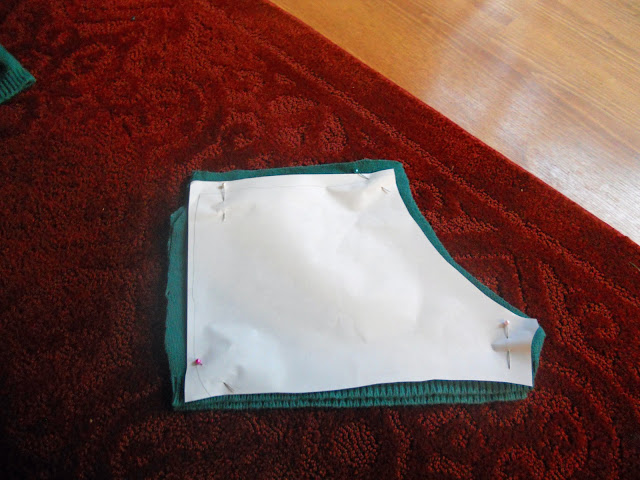 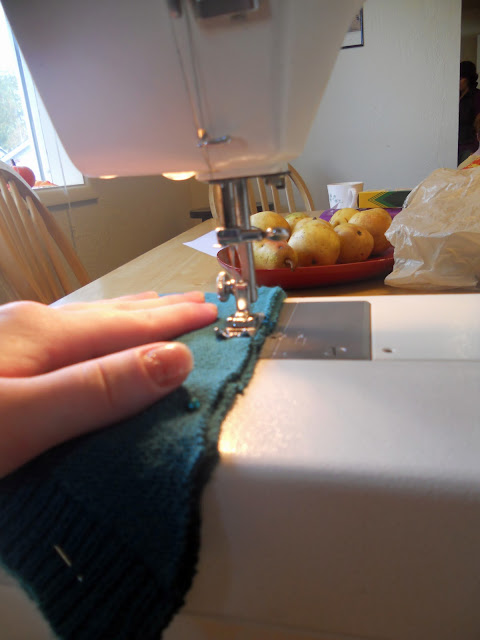 Next, pin the fronts together, (with the right sides together) and the backs together and sew the center seam of each. Don't sew that last couple inches after the bend, because that will be for the crotch seam. (I accidentally did that and had to rip it out.)
Proceed to sew the crotch seam, and then the side seams.
Optional: I added an inset of the cabled pattern from the top of the dress on the right side. I simple cut about an inch off the front and back on that side, cut a panel the width of both (so about 2 inches) and sewed it in, making two seams instead of one.
Finally, I used the neckband from the sweater to make the waist band. After wearing the shorts once and seeing how much this cotton knit stretches out, I'm going to add some elastic inside the waistband and possibly to the legs. 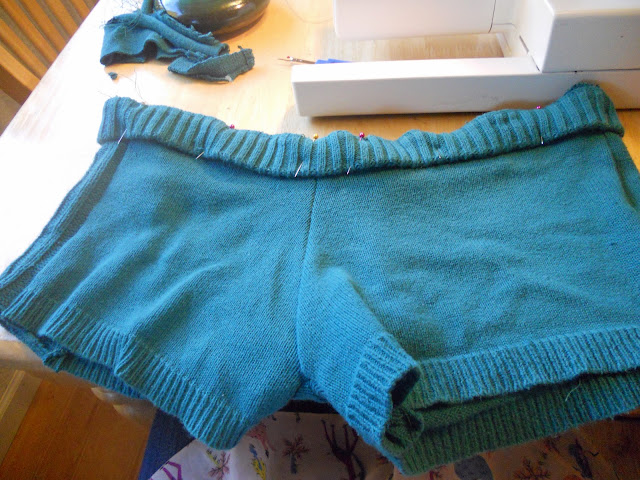 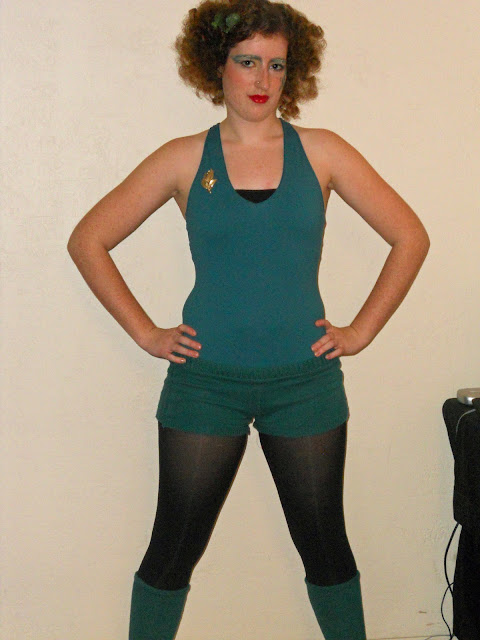 Here's the finished product as part of my Poison Ivy costume for ballet.