Sorry for my lack of posts lately. I've been quite busy with performances and all that other stuff that happens in May. Anyway, here are the rest of my musical mini-reviews:

Singin' in the Rain

One of my favorites. Having been produced in the early 60's but set in the 20's, it brings together two of my favorite eras. It's full of delightful 20's styling in 60's colors.

It has a fantastic plotline, hilarious physical comedy, and is full of INCREDIBLE dance numbers. The first I ever saw of this movie was "Make 'Em Laugh", which my drama teacher showed as an example of physical comedy.

I honestly can't decide which dance scene is my favorite. Make 'Em Laugh is funniest, Moses Supposes shows off such great tap dancing, and of course Singing in the Rain is one of the best showcases of Gene Kelly's dance talent.


The Wizard of Oz
Another movie that I can appreciate more as I get older. The Scarecrow's movement is one of my favorite things. 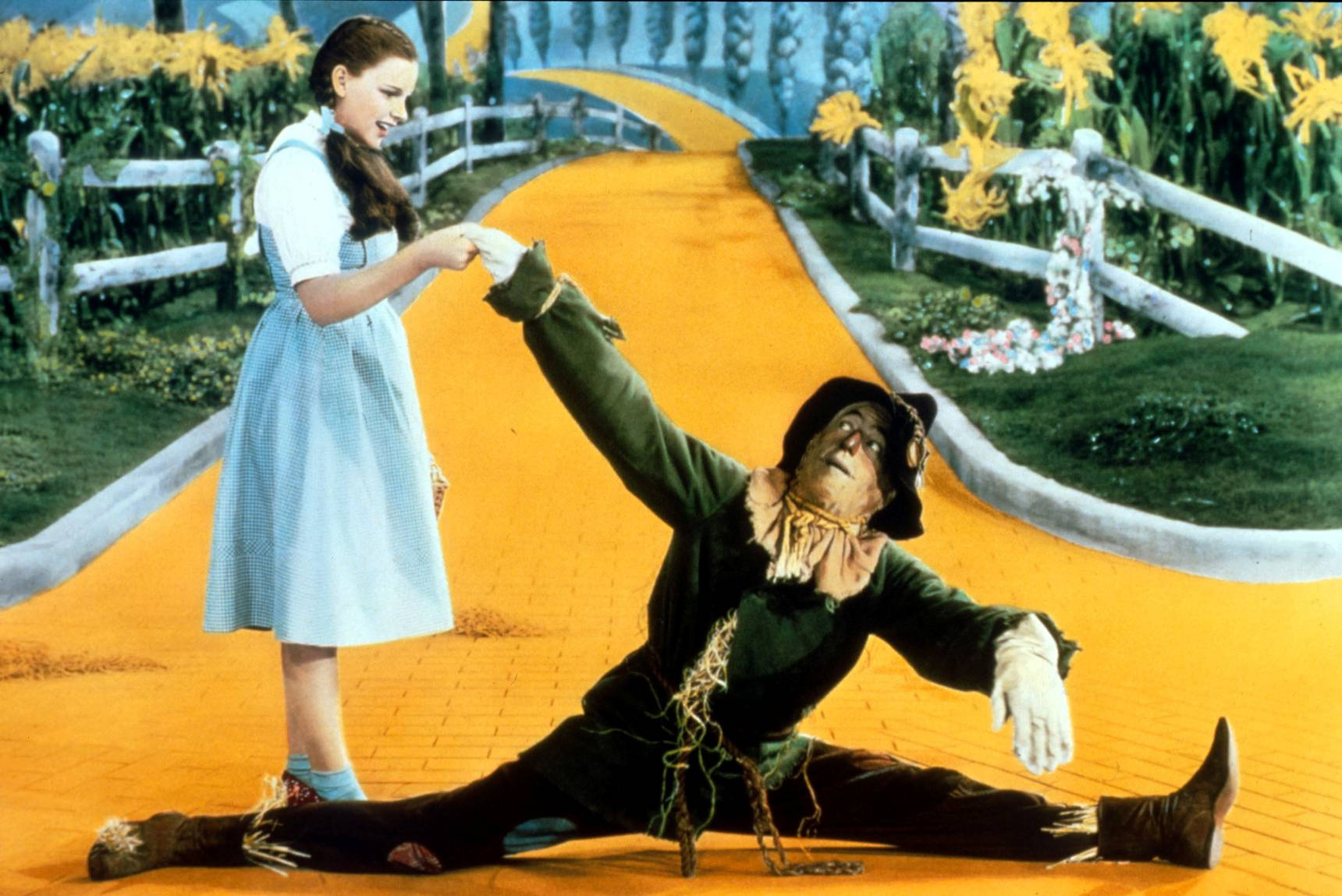 It's not easy to do that sort of floppiness. It's so fun to see how they decided to use color in the costuming, makeup and sets, being one of the very first color films. (I can never remember if Gone with the Wind came out first or not, it was the same year.)

Annie
I've always related to heroines with curly and/or red hair, so Annie was a childhood favorite of mine. We owned the remake, so I was more familiar with that version. But the old one is great. I especially love Carol Burnett as Miss Hannigan.

Hello, Dolly
I must admit this was the only musical I couldn't really get into. It was my first experience with Barbra Streisand, and I admit she has a nice voice and is definitely talented. (Plus, unlike most of the movie musical girls of that era, she does her own singing) However, I just found the story to be sort of boring. The Louis Armstrong cameo was definitely the highlight for me. His voice just makes me smile no matter what.

Bye Bye Birdie
Another early 60's favorite of mine. It's in the same vein as Hairspray. (Which I did watch during March Musical Madness, but it didn't make the blog.) Bye Bye Birdie is sort of a better, cleaner version of Grease to me. Dick Van Dyke is always amazing. There a lot of super fun costumes, and that great 60's-family-comedy feel, not to mention catchy songs and great dances. 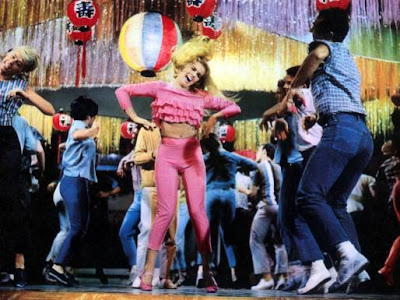 Fiddler on the Roof
So I had seen this when I was little, and all I remembered was the matchmaker song, mostly because it was also referenced in Mrs Doubtfire. I was also really confused because the fiddler was only on the roof in like, one scene. We decided to watch it again when we realized that it was choreographed/directed by the ever brilliant Jerome Robbins. What an intense and interesting story, told wonderfully through song and dance. And of course, it has some crazy amazing dance scenes, most notably the bar scene where the Russians and Jews go back and forth with their different styles, and the wedding dance where the men balance bottles on their heads.

I love the way Jerome Robbins shows always have really manly men, even though their dancing and singing so much.

West Side Story (Stage Version)
I got to see the touring production of this when it came through town last month. It's always a pleasure to see a show live, and this was a well-done production, though I'm not sure anything will ever live up to the original movie for me. West Side Story is probably one of the first musicals I saw that wasn't a Disney cartoon. I remember watching it with my grandma when I was pretty young. When I got older and realized that it's a musical, set in my favorite era, retelling a Shakespeare play, and choreographed by Jerome Robbins, it became one of my favorite movies.


That covers all the movies we got to. I will eventually get posts up about Les Mis (though maybe not until I'm finished reading the book) and Tarzan: The Stage Musical.