I had my friend Cassie over yesterday and we made a huge pot of gumbo. We started with a quick trip to the grocery store to pick up a few final ingredients. Who knew okra was so hard to come by? We eventually tracked some down in the frozen section at Albertson's, grabbed a bottle of sparkling cider to drink while we cooked and headed home to get started.

We used this recipe: http://www.food.com/recipe/barbs-gumbo-82288 and added chicken breast and andouille sausage to it. Neither of us had ever tried gumbo, but most of the traditional recipes used all three meats. It was actually a pretty easy project. We took turns chopping veggies and stirring the roux. (A flour and oil base to thicken the stew.) It was pretty much as simple as throwing everything in the pot and letting it simmer after that.

Here's a picture after the last step, adding the shrimp: 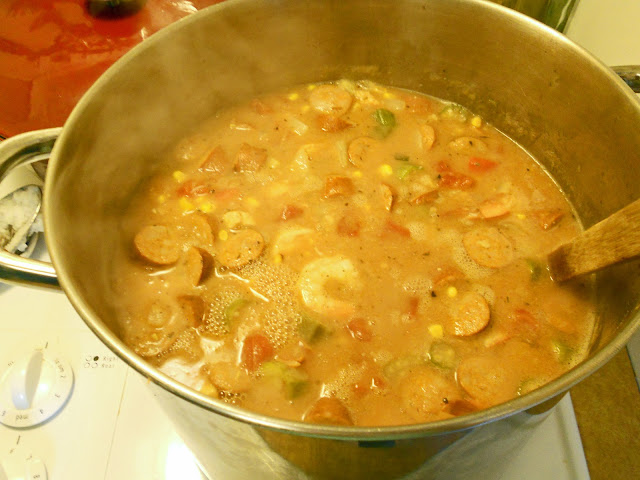 The best part of it is that it's so full of chunks of delicious meat and vegetables. It was the first time I had okra and I liked it. It tasted kind of like zucchini but I liked the texture of the seeds. We got just the right amount of spice and everything was super flavorful! 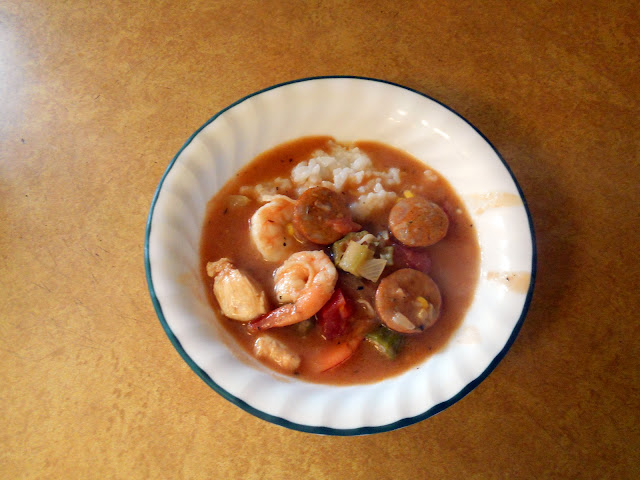 Here it is served over rice.

We finished off our Southern meal by making these simple New Orleans Beignets: http://www.food.com/recipe/new-orleans-beignets-341667 The batter was about as easy to make as pancake batter and then we deep fried them and dusted them with powdered sugar. 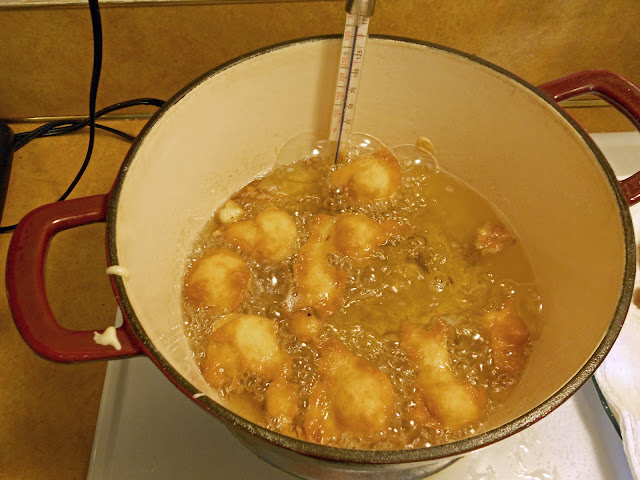 They came out in lots of funny shapes, but they sure tasted good. By the third or fourth batch, we realized they would be extra good topped with Nutella. I think we each about about 2 platefuls! 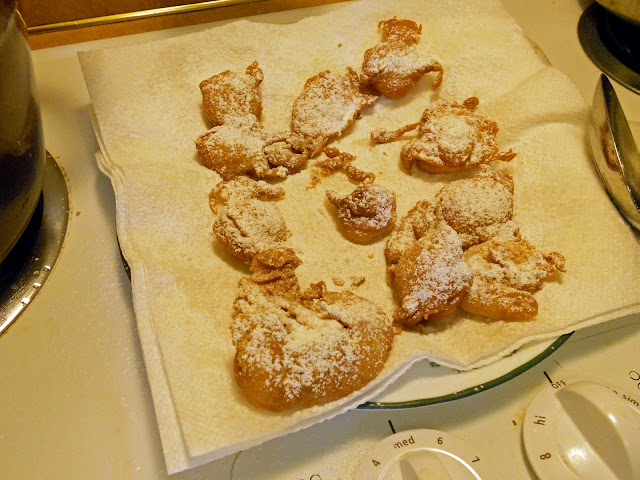