Here's what I've been up to lately:

Looking for a job, which is taking a lot of my time. It's gotten so boring that on Friday while I was taking applications back to the mall, I did a little shopping and scored some $10 pants at Charlotte Russe! I had tried them on before but I wasn't sure if I liked them or not. My mom says she had them in the 80's. I'm finally seeing some job hunting results though, I have interviews at Sears and McDonald's this week. Hopefully one of them with work out.

Dancing like crazy. Between classes and rehearsals, today is the first day I've had off in about three weeks. I'm having fun though. My modern/contemporary class is doing choreography to Jar of Hearts and I love it! If you haven't seen it, you should check out the piece they did to it on So You Think You Can Dance. I'm also trying out mime and choreography this year, which are pretty fun. We had to do choreography focused on our faces and mine was mustache themed. In mime we get to do "forms" where the teacher does mime to a song and we follow along. Some of the songs we've done lately are from Veggie Tales, Prince of Egypt, Mary Poppins and Harry Potter. Also, anyone who loves dance should check out the LXD, a series of dance webisodes that are amazing!

I haven't personally done much cooking recently, but my aunt did come over and teach me how to make chai. She using boils whole spices (which makes the whole house smell incredible) and then steams it with a blend of coconut and soy milk. It's so good, and it looks really pretty. (Especially in our new enamel pot!) 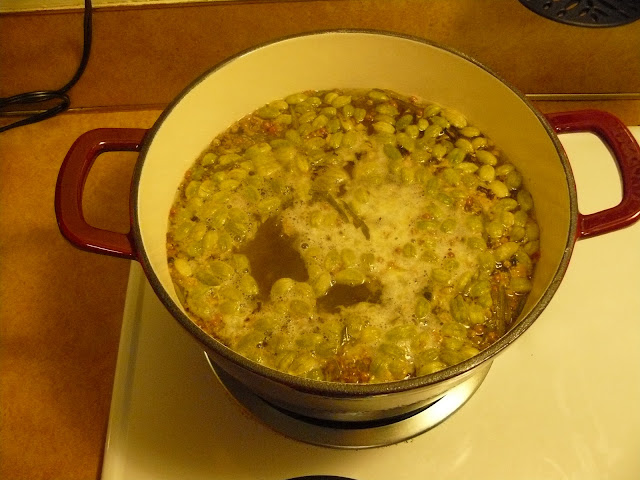 Watching Glee! Yep, I'm a major Gleek. We caught up on it over the summer and now we're hooked. I'm a sucker for a musical, (Who doesn't wish they could spontaneously break into song and dance on a daily basis?) plus the characters and dialogue are so funny!

Tons of knitting. I made three projects to sell and for gifts in the last few weeks: a couple more pumpkin hats  a cabled bag, fingerless gloves and a striped earflap hat. Plus helping my sister with some of her projects. I've been so busy I haven't worked on my cardigan. I finally got back to it today and I'm starting the sleeves, which means I'm almost done!

I've been making up my own patterns as I go  and so far these are my available free downloads on Ravelry:
Slouchy Lace Hat 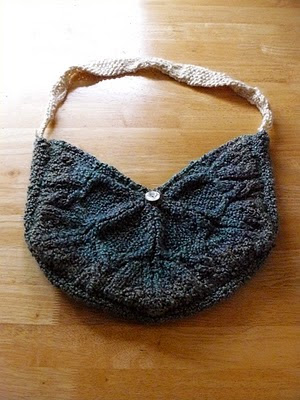 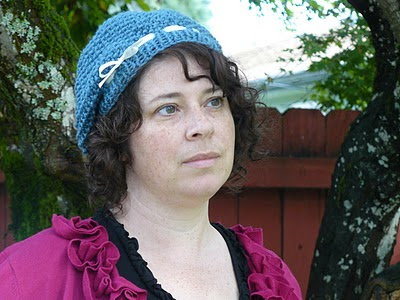 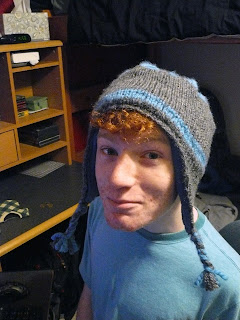 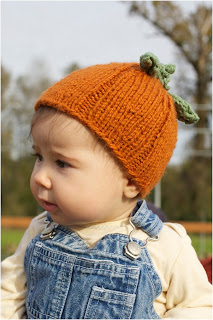 Posted by Jessamyn Leigh at 3:59 PM